This article is part of a series of articles based on the historical research methods described in the article, “An Evidence Based History of Reiki,” which appeared in the Fall 2013 issue of Reiki News Magazine. The purpose of these articles is to dispel the myths about the history and practice of Reiki that first appeared in Western Reiki and have developed since then. It is important that an understanding of Reiki be based on verified facts so that its true nature will be understood, appreciated and practiced.

Many in the Reiki community think that Reiki is something that Usui Sensei developed and that the word should only be applied to his system of healing. But even a cursory examination of the historical evidence reveals that the word Reiki had been in the Japanese lexicon long before Usui Sensei used it. Furthermore, there were other healing systems in existence before Usui Reiki was developed that used the name Reiki and/or used Reiki energy. Clearly, Reiki is a name that isn't exclusive to Usui Reiki but can be applied to any style of healing that uses Reiki energy.

History of the Japanese Language
The Japanese did not have a written language until the seventh century AD when writing became widespread.(1) The system of writing that was developed was based on Chinese ideograms. This system of Chinese characters were first developed around 1200 BC and was standardized during the Han Dynasty (206 BC – 220 AD) resulting in hanzi or kanji as they are called in Japanese. Because of this, many Japanese and Chinese concepts are written using the same characters, making it possible for the Japanese to have an understanding of Chinese writing and vise versa. The hanzi ideograms for rei and ki were introduced to Japan at this time. In Chinese these ideograms are pronounced ling and qi respectively and have similar meanings as they do in Japanese. This indicates that the root concept for Reiki is several thousand years old.(2)

It is not known exactly when Rei and Ki were joined together to form a word; further research is necessary to determine the date and how it was used. But current understanding is that it was sometime after the written Japanese language developed and before it was used by Usui Sensei.

The following is a definition for each of the parts of the Reiki kanji provided by Hiroshi Doi, Japanese Gendai Reiki Ho founder and member of the Usui Reiki Ryoho Gakkai:

1) 雨 ame (rain), is a blessing from the Great Universe. It showers down from the sky above, allows living things to grow on the ground, and heals and cleanses everything.
2) Three squares (originally circles) mean the three elements of a human being; body, mind and soul.
3) 巫 means 巫女 (miko) medium who channels God’s will and her mission is to connect heaven and earth.
That is to say, the original meaning of 靈 is the unity of the Great Universe with a human being.

The Kanji of 氣ki is divided into 2 parts.

1. 气, which is said to be formed from the shape of steam or a cloud.
2. The other part, 米, read kome, meaning a staple food like rice.
氣 represents the energy of boiling steam that pushes up the heavy lid of a pot of cooking rice.

The ancient Chinese recognized human breathing, wind (breathing of nature), fog, cloud and steam as 氣. They thought that 1) 氣 is an ever-changing, gaseous material that is ubiquitous and flows everywhere in the universe including in the human body. 2) 氣 is the primal essence of everything in the universe and it is the source of life force and energies that create our physical and mental functions.

Therefore 靈氣 Reiki is the energy of life that is being guided by the Great Universe (the Universal Being of Wisdom and Love) and can be channeled by those who have received this special ability. 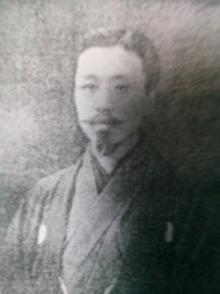 Mataji Kawakami
In an email I received September 29, 2013, Doi Sensei said he had been an honorary adviser for the Global Holistic Healing Association in Japan, an organization that practiced Usui Reiki. Katsuyuki Takashahi was a supporting member who wrote a newsletter called Holistic Healing. In the February 2003 issue of the newsletter he included a note about Mataji Kawakami, who was a Ryojutsu-ka (therapist) and president of Trinity Research. In 1914, Kawakami founded a healing practice he called 霊気療法 Reiki Ryoho. He had the term Reiki Ryoho recognized by the medical and educational experts of the time and wrote a book titled, Reiki Ryoho to Sono Koka, 霊気療法とその効果 , Reiki Healing and its Effects, which was published in 1919.

According to Doi Sensei and Toshitaka Mochizuki, another esteemed Japanese Reiki sensei and author, there were several other Reiki healing methods being practiced in Japan prior to Usui Reiki Ryoho. These include: 霊感透熱療法  Reikan Tonetsu Ryoho created by Reikaku Ishinuki, 洗心流霊気療法 Senshin-ryu Reiki  Ryoho created by Kogetsu Matsubara and 生道霊掌術 Seido Reisho-jutsu created by Reisen Oyama.(3)

Reiki Energy Defined
So what is Reiki energy and how can we recognize it? In The Spirit of Reiki, a book published in 2001 that I wrote along with Arjava Petter and Walter Lubeck, there is a definition of Reiki on page 22. It explains that Reiki is any healing energy that fulfills the following four criteria:

1. The ability to perform Reiki comes from having received an attunement, rather than developing the ability over time through the use of meditation or other exercises.
2. All Reiki techniques are part of a lineage, meaning the technique has been passed from teacher to student through an attunement process, starting with [the founder of the technique].
3. Reiki does not require that one guides the energy with the mind, as it is guided by the higher power that knows what vibration or combination of vibrations [are needed by the client].
4. Reiki can do no harm.(4)

I hope this gives you a better understanding and appreciation for Reiki. I encourage you to use Reiki more frequently to bring happiness and healing to yourself and to those who come to you for help. May you always be blessed by the love and wisdom of the Universe.

This article appeared in the Spring 2014 issue of Reiki News Magazine.