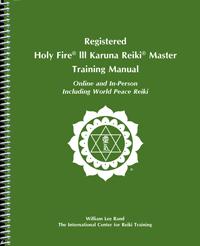 I have met many Reiki practitioners who, like me, are working in the public or private sector. Regardless of their professional status, there is a tendency for them to keep hidden their spiritual gifts of healing hands.

After the death of my brother in 1979, I began my spiritual journey into the metaphysical world. It wasn’t until the end of my career as a State Trooper that I was able to unravel this inner spiritual calling and use it to help others. I sought the guidance from an astrologer who read my chart and told me that I was a healer in a past life. A year later, I met with a spiritual medium who told me that I had healing hands and should learn the art of Reiki. It was not long after, that another tragedy impacted my life with the sudden death of my best friend of thirty-three years. I prayed to the universe to show me a sign in order to make sense of these tragic deaths in my life. The very next day I received the application for the Reiki I course. I smiled and thanked the universe for this sign.

While still working as a police officer, I attained my Reiki I & II certifications and soon bought a Reiki table. As my inner calling grew, my passion to physically help others became clear. I joined like minds and provided free Reiki sessions to those in need. Gradually I completed the Usui Master Level and Karuna Reiki Master Level courses. I have also taken a twelve week QiGong Medical Healing Class. I am still working in the law enforcement field and use Reiki on distraught citizens that I come in contact with.

As I strengthened internally, I also was able to speak the truth to many individuals about Reiki and I have stepped out of the Spiritual "closet”. I treated both my daughters with Reiki after they had their wisdom teeth removed. Soon after applying my hands to their jaw area, the tears of pain stopped, their breathing became relaxed, and soon they were asleep. Just recently, my wife introduced me to a school nurse who shared similar Spiritual ideals and had heard of Reiki, but never experienced a session. Her nursing background prompted her intrigue with the Hands-On Healing technique so I offered her a Reiki session. Three days later the nurse told me that her psoriasis of 27 years was now gone. I joked with her and said that perhaps her skin condition had cleared up because she is now in love with a new gentleman. With much determination, she insisted that she had psoriasis when she was madly in love during her eleven year marriage.

The nurse also shared with me that she had been diagnosed with an ovarian cyst measuring 5 mm which may require surgery. Three days before her medical checkup and ultrasound, I gave her a second Reiki treatment for one hour. During the session, I told her that, “…Only you can heal yourself, not me.”

After making that statement, she reinforced that she wanted to heal herself. I placed my left hand, palm up, under her lower back while circling my right hand in a clockwise motion 3–5 inches above the area of her ovaries. The energy connection between both palms was tremendous. I actually felt the tingling on my left hand as the right hand circled above her body. I repeated the mantra “It is Done.” dozens of times as my right palm chakra was buzzing with energy. I had read that repeating the mantra “It is done” was used by six Reiki Masters on a patient to completely eliminate a malignant tumor in three hours.

After her ultrasound checkup, she told me that her doctor could not find the cyst at all. Her physician checked several times and even showed her the monitor as he searched. She then told him about her Reiki treatment and the disappearance of her psoriasis. The doctor naturally said, “Yeah I’ve heard of Reiki, but sometimes these cysts come and sometimes they go away by themselves.”

Maybe so, but I still gave gratitude to God and the Universe for the healing power of Reiki love.