A Little Girl Recovers Her Voice 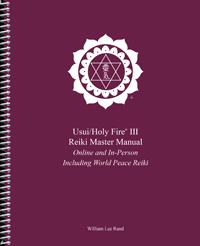 A Modern Reiki Method for Healing

A Little Girl Recovers Her Voice

In mid 2006, an associate told me about a little girl her sister was in the process of adopting. Maggie (not her real name), who was at this time five years old, had been sexually abused much of her young life. My associate shared with me that while Maggie suffered a number of emotional problems related to her abuse, her greatest physical problem was that she had been diagnosed with Human Papillomavirus (HPV). She had "lesions" located in her throat and believed to involve the vocal cords. Maggie could not speak above a hoarse whisper. More often then not this hoarse whisper faded away to no voice at all.

This was another source of emotional torment for Maggie. She was often made fun of at school. Many times, after I met Maggie, she would whisper in my ear that she had no friends, no one would play with her because she could not talk.

I told my associate about Reiki (I was a level two with very little experience at that time) and offered to give Maggie a treatment when the adoption was finalized if her "new" parents would agree. To my surprise they did. Not having had any experience working with a child I insisted the mother and the aunt remain in the room and decided to do a full body treatment, only because I didn't really know what else to do.

Our first session was a strange one. Within minutes Maggie appeared to be asleep. Her stomach began to roll back and forth like huge waves, over and over, swelling to the size of a small melon each time the "roll" reached her solar plexus area. She clenched and unclenched her little hands, her legs were restless, and she whimpered and made tormented faces. I whispered to the mother "shall I stop". The mother urged me to continue. The session lasted approximately 20 minutes.

Afterwards, Maggie seemed refreshed and eager to have a drink. She was not at all frightened. Over the next several months, I gave Maggie many treatments. Many times she would head for my Reiki table as soon as she walked in, crawling up without assistance, impatient to get started. In the beginning she did display a little of the strange activity of the first session but after that she lay peacefully, apparently enjoying her sessions. Maggie would always go into a sleep like state as soon as the session began with me working at the head area. Every time she would reach up, take hold of my hands and pull them towards her throat area. I sensed she wanted me to keep them there which I did. After each session Maggie would stand up on the table and jump into my arms giving me a big hug and a big smile and then she was off to play. If asked what she felt she would say only, it’s warm and com-for-ti-ble.

We saw improvement here and there in Maggie's over all behavior. She was happier. But still could not speak above a whisper. I was becoming discouraged. Along with the Reiki we sent out prayer requests all over the country. Then on Christmas Day 2006, I was out of state visiting family when Maggie's mommy called and said "there is someone here that wants to speak with you". My heart leapt for I just knew instantly that we had a Christmas miracle. Maggie could talk! I was hearing her voice for the first time. Still a little hoarse but over the following weeks her voice became stronger and stronger. Until today, over a year later, she talks non stop.

Reiki sessions continued, but not as often for Maggie had become impatient with Reiki. I was now her best friend and she was more interested in playing. Prayer requests continued.

The day of the surgery came and Maggie was taken into the hospital, prepped for surgery, and another scan to know just where the lesions were. Very shortly the surgeon walked out and announced, "Maggie won't be having surgery, you can take her home as soon as she wakes up" The lesions were gone! Pictures showed a smooth clean throat, not the angry red throat covered with lesions as before. Maggie now refers to herself as "a miracle kid". She still has some behavior and emotional problems caused by the abuse but she has come a long long way. Occasionally she asks for Reiki. She seems to know when she needs it.

A Modern Reiki Method for Healing