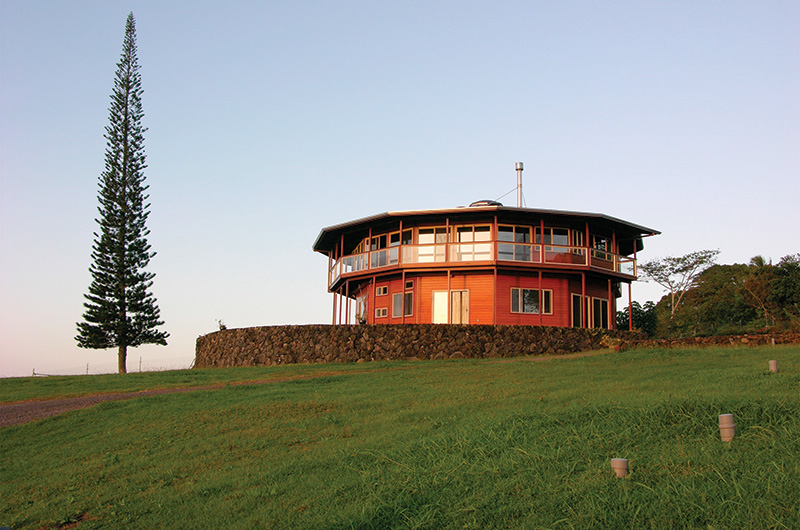 I’d been coming to Hana for several years to teach classes, and I’d often go for walks down the road along the ocean. During these walks I would often look up at the mountains and fantasize about what it must be like to live in one of the homes I could see peeking through the trees and vegetation. I thought of the amazing view they must have of the coastline and the ocean and the beautiful sun and moonrises they must experience. And I’d think about the people who live there and the affect living there must have on their state of mind. How peaceful it must be.

I’d also think about how I’d like to have a place like that. A place to relax, a place to teach classes and, by living there, become part of the community of people who are as mellow, and relaxed, and beautiful as the sky, the land, and the sea. I thought that if it ever happened, it would be something that happened a long time in the future. I didn’t know how I’d afford a place like that, and besides, deep inside, I didn’t really feel ready, or even worthy to accept something that nurturing and wonderful into my life.

Then recently I began to realize that I’d been saving money to retire and doing so in a way that was kind of fearful, thinking that I had to have enough so I didn’t have to work. And as I let go of the fear, I began to see that there was no need for me to retire, and in fact, I decided I wasn’t going to retire. When I accepted this, I realized that I just might have enough to get a place in the land I loved. But still, I didn’t feel worthy.

Then one day I was walking down the same road I’d walked down so many times before; the road that had the sea on one side and the mountains on the other. And as I rounded a bend, the mountains came into view along with the homes up there. And there was one home, a home sitting up on the side of the mountain that was designed to take advantage of the view. It was round with windows all along the coastal side. And I had often thought about how smart the people must be to have built a home like that and imagined what a great view they must have.

But this time was different. Something very significant happened. As I came round the bend, a feeling came over me. It was an uplifting feeling, and I could feel an energy flowing all around and this energy affected my entire being. It was nurturing, and I felt my self-esteem heal and a feeling came over me that said, yes, I was worthy to own a house up there. This was a really good feeling, and I felt complete and knew that I was being healed and given direction. It was time for me to begin looking for a home in Hana.

I looked at a few homes before I had to leave and then returned in a few months to look in earnest. I was staying in a house with a startlingly beautiful view, and it was for sale, but already had a buyer. Then my real estate agent brought over a number of listings. One was the same round house I had seen from the road when I had the miraculous healing experience. I thought this an amazing stroke of luck. We viewed the Web site and went to look at the house. This was an absolutely amazing house, and I really did want to buy it. In fact, I was extremely excited. So I prayed about it and was told that it was important not to try to manifest this house for myself. I was told to keep my energy out of it and to turn it over to God. This was not the God as defined by traditional religion, but the God I had come to know through Reiki. The God I came to know on my own. When I became aware of this, I also knew it was God who had healed my self-esteem and that this was part of a greater plan. So, I let go of my desire and focused on allowing whatever outcome God had in mind to unfold. I accepted both outcomes. If God wanted me to own the home, I accepted it, or if God wanted me to not own the home, I accepted this also. 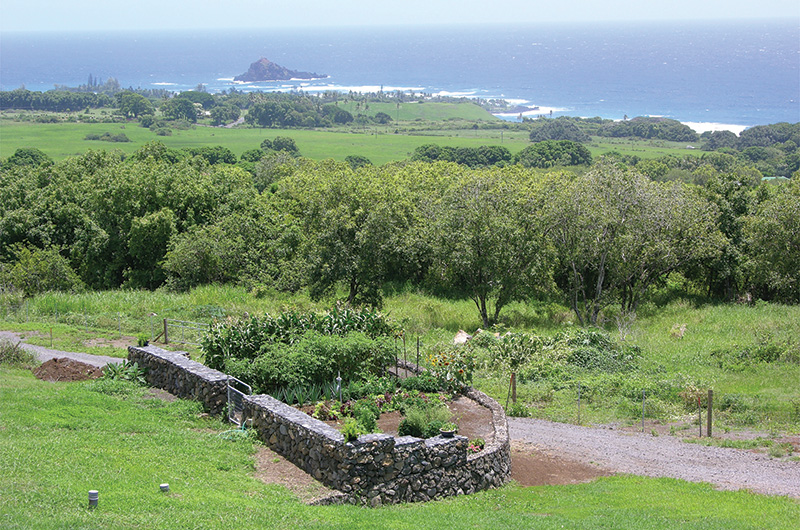 We made an offer and waited. Then we were told that there were two other offers higher than mine and both were paying cash. I felt it was over and that the house was gone. But I chose to remain in the state of allowing God’s will to be done—either way. After I got back home in Michigan, my realtor called to say there was a chance. Then the first buyer backed out, and I was told that because of my background, the owners preferred to sell to me.

I was ecstatic, but knowing that buying a house has many challenges, I maintained my openness to whatever outcome God had in mind. In the end, I received a wonderful gift—a beautiful new home and healing space, a space that will not only bless me, but will also bless many others.

—To view more pictures of the new Maui Reiki Center go to www.lemurioroundhouse.info

This article appears in the Fall 2009 issue of the Reiki News Magazine.