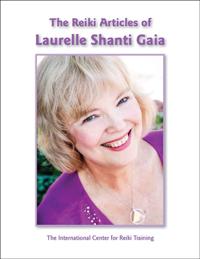 I am a pediatric nurse in the U.S. that's always been passionate about incorporating safe, non-invasive complementary medicine into my care. In October of 2018, I met a 3 month old baby girl who was in liver failure secondary to biliary atresia. She had gotten a procedure 1 month prior to that in an attempt to fix the problem, but it was unsuccessful. At this point, the only thing that would save her life was a liver transplant. She was too medically unstable to go home, so she remained in the hospital for several months until she got her transplant. Throughout those 5 months, I built a very strong bond and connection to this baby and became very attached to her. I would perform Reiki on her every chance I got and prayed that she would get a transplant.

In March of 2019, she finally got a liver transplant. As soon as she got out of the OR and into the ICU, her body immediately began rejecting it and was having several life-threatening complications from it. She was dying. Through the grace of God, she was able to get another liver transplant the next day. The surgeons, doctors, nurses, and medical staff all thought she would never make it out of the second transplantation alive. She was an 8 month old baby who was barely surviving from the first surgery and had less than a 1% chance of survival.

I was in a state of complete panic. I was desperate for her to get better and began sending her distance Reiki every chance I got, but I felt like it wasn't enough. I reached out to one of my friends who also does Reiki and told her what was going on and asked her if she could also please send Reiki to this baby girl. Not only did she send Reiki daily, but she also told several of her friends from all around the world to do so as well. She was receiving Reiki from Guatemala, Brazil, Germany, and South Africa.

She made it out of the second transplantation alive, but her recovery was far from easy. She was unable to breathe on her own and remained intubated for almost 1 month, she went into kidney failure from all the strong medications she was on, she got pressure ulcers from being bed bound, she was resuscitated 3 times, and she was in an insane amount of pain. At this point, the doctors still believed that she had a very slim shot at survival. So much so, that her parents signed a DNR. Despite that, this group and I continued to do Reiki on her daily.

After 3 months in the ICU and daily Reiki, she was able to recover. Her kidneys healed, she was breathing on her own, and her liver was fully functioning. It is now November of 2019 and she is a completely different baby from a few months ago. She sits, babbles, laughs, and looks so healthy. Anyone that sees her stares in complete awe and says "It's a miracle she's alive". It's no miracle, it's Reiki.