It is always important to know where a person's ideas are coming from. There are so many new Masters who are distantly removed in their lineage from Mrs. Takata and there have also been many changes and additions to Reiki with several new "branches" being added that it is apparent that in some cases the information being passed on has become confused. The information for this article comes from the training I received starting in 1981 from four Reiki Masters who received their Masterships directly from Mrs. Takata, plus my continuing research into Reiki including the exchange of symbols, attunements and important Reiki information with Reiki Masters from many lineages and backgrounds. 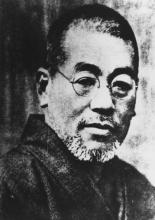 Usui Reiki symbols are sacred and are to be kept confidential. They are only revealed to those who are about to be initiated into the Second or Third degree of Reiki. The reason for this is explained later in this article. However, it is possible to discuss their nature, how they work and their history while we continue to honor this trust.

Reiki symbols are an important and very interesting part of Reiki practice. They allow one to focus the energy of Reiki for specific purposes. (For a detailed explanation of what the symbols can be used for, see the book, "Reiki, The Healing Touch," or the audio cassette tape set, "The Reiki Class" offered in this issue.) There are a total of four symbols in the Usui system of Reiki. Three are given in Reiki II and one in Reiki III. There are other symbols that people are using and while they have value, they are not a part of the Usui system.

Usui Reiki symbols are not as mysterious as they might seem. They have actually been created from Japanese kanji which means they are simply words from the Japanese language. Their names can be found in a Japanese/English dictionary. The first two symbols vary from this somewhat. While the names of the Power and Mental/Emotional symbols are Japanese, the symbols themselves may be shamanic or a combination of Sanskrit and Japanese kanji. It is a practice of Japanese Buddhists' to sometimes combine ancient Sanskrit with Japanese kanji in their sacred writings and symbols so the way these first two symbols are drawn may have been influenced by this practice. The distant and Master symbols are completely Japanese kanji, both in their names and in the way they are drawn and all the characters can be found in a Japanese/English dictionary.

It is interesting to note that the name of the Usui Master symbol can be found in "The Encyclopedia of Eastern Philosophy and Religion" and is translated to mean "treasure house of the great beaming light." It is said to be, "a Zen expression for one's own true nature or Buddha-nature of which one becomes cognizant in the experience of enlightenment or satori." This is quite a profound definition. Perhaps it is called the Master symbol because it gives us direct connection to the Master within which is the real source of Reiki. Also, since the Usui Master symbol is a powerful symbol from Zen Buddhism, one wonders how much help Dr. Usui received from the Zen Buddhists or other Japanese religious groups when he rediscovered Reiki. (See other articles on the origin of Reiki)

The above information indicates that the Usui Reiki symbols are not exclusive to Usui Reiki. They existed prior to Dr. Usui's use of them. Also, because they are Japanese, it is not likely that he discovered them in a Sanskrit sutra as some have thought. It is much more likely that Dr. Usui received the symbols in his mystical experience on Mt. Kurama, (located just north of Kyoto) or that he had prior knowledge of them from the Zen Buddhists or other religious groups he had studied with. Since the symbols are Japanese and we know that the Master symbol is from Zen Buddhism, perhaps the sutra in which he discovered the formula for healing was Zen Buddhist rather than a Sanskrit sutra. (Even though there is a Sanskrit sutra that contains a formula for healing.) In addition, the Usui Master symbol also appears as part of the symbol on the Goshintai, which is the sacred scroll of the Johrei Fellowship. These are all interesting ideas to contemplate. Research on the origin of the Reiki symbols is continuing so it is likely that this information will continue to develop..

The Reiki symbols are transcendental in their functioning. Whereas most symbols have an effect on the subconscious mind of the user, causing a change in one's internal state, the Reiki symbols access the source of Reiki directly and signal a change in how the Reiki energy functions, independent of one's internal state. While some teach that the symbols can only be activated in specific ways, the truth is that they can be activated in many ways. They can be activated by drawing them with the hand, by visualizing them, or by saying the name either out loud our to oneself. Intention is the main ingredient in activation and it is possible with awareness to activate them by intending to use them. In addition, others have been able to simply go internally upward and think of the energy of the symbol they want to use and gain access to it in this way without using the symbol.

This linking or activation of the Reiki symbols during the attunement process makes use of the stimulus/response mechanism which is a dynamic part of the human mind. This process was demonstrated by the psychologist Pavlov in his famous experiments with dogs. By ringing a bell whenever a dog was eating, he established a stimulus/response relationship in the mind of the dog. After doing this many time, whenever Pavlov rang the bell, even when the dog was not eating and food was not present, the dog began salivating. During the Reiki attunement the energy of the attunement causes the Reiki symbol to become a stimulus and the particular energy the symbol represents which is present during the attunement becomes the response. However, because the attunement is guided by the Higher Power, and functions at a higher level of awareness, the stimulus/response mechanism doesn't require the repetition normally necessary to establish a relationship between stimulus and response. It happens immediately. Then whenever you think of the symbol or use any other way to activate it, the energy that the symbols represents begins to flow.

The Reiki symbols have traditionally been kept secret. While secrecy is a way of honoring their sacredness, there are also metaphysical reasons for this. There is power in secrecy and this is also a way of maintaining a sacred connection with the symbols. Since the symbols have no real power without the attunement, it is better that they be kept secret until the class. In addition, if a person is shown a Reiki symbol without the benefit of the attunement that empowers it, they may incorrectly believe they have Reiki and not bother to take a class, thus missing the real experience of Reiki and losing the benefit of its healing power. While it is true that the symbols have been printed in some books, this does not effect the value that comes from an individual not showing the symbols they have received from their Reiki teacher to others. The value of sacredness will remain for anyone who continues to not show them to those who do not have the level of Reiki where those symbols are taught.

Many have noticed differences in the way the symbols are drawn when compared to the symbols from other Reiki Masters. These differences are there for a number of reasons. First, it is known that Mrs. Takata did not always draw the symbols exactly the same for every student she taught. After her transition, there was a meeting of the Reiki Masters she initiated. At the meeting they compared their symbols. The Power symbols of all the Masters present were basically the same. The Mental/Emotional symbols of the Masters had some slight differences. However, the Distant symbols were quite different - especially with the strokes at the bottom. They did not compare their Master symbols. So, even at this early date, there were differences which apparently came from Mrs. Takata. Perhaps she deliberately drew them differently to give a little distinction for each student or perhaps at other times, because of age or from having taught for over 30 years, she accidently drew them with some differences. Also, there are different ways to draw the Japanese kanji figures and in fact, Mrs. Takata did have two ways she drew the Master symbol. One way was more of a flowing style, called "running hand" which is like handwriting with the main difference at the bottom part of the symbol. The other way she drew the Master symbol was in a printed or block style called "normal." Both ways of drawing the Master symbol have exactly the same meaning. (See the handout from" Chinese Calligraphy," by Edoardo Fazzioli.)

So starting out there were already changes in the symbols from one student to another. Add to this the fact that students were not allowed to make written copies of the symbols, and were required to keep them only in the mind. When it came time to pass them on, the teachers had to draw them from memory and since few people have perfect memories, some changes were bound to occur. This process has continued over and over thus allowing more changes to take place. What is surprising is that for most students, the symbols still look fairly close to the original.

The Reiki symbols are a wonderful, beautiful way to connect to the higher power. Their use does not require that we be able to meditate or have years of spiritual practice. Their power and effectiveness comes to us by grace. which allows us to humbly accept the value we receive as a gift from the Creator. We are grateful for the efforts of Dr. Usui and all the others who have lovingly worked to make this system of healing available to us.

World Peace is possible through Reiki