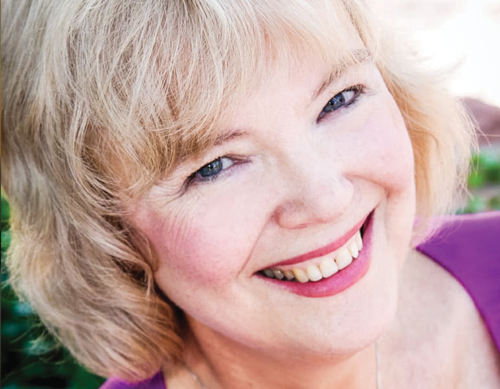 I first spoke with Laurelle in March 1993. At that time, she was going by the name of Laura Ellen Gifford and told me she was involved with Reiki and said she could “see” what I was doing and wanted to help.

Back then, there was an authoritarian tradition promoted in the teaching of Reiki, stating that Reiki is an oral tradition. Students were not given written material and were not allowed to take notes, and one was to remember what one’s teacher said and demonstrated. In addition, the required fee to take the Master level was $10,000.00, and it was implied that this fee was required to make the teaching authentic.(1)

However, in the late 80s, a new style was developing that included charging reasonable fees. This approach is the one I became part of when I took my Reiki Master training in March 1989. Seeing the difficulties that the oral tradition had created and also noting its lack of authenticity, in 1991, I decided to write and publish one of the first Reiki instruction manuals available in the USA and make it openly available to anyone who wanted to use it. However, the other Reiki Masters who were charging high fees and teaching Reiki as an oral tradition did not approve, and they saw me as an unwelcomed rebel. But my teaching style caught Laurelle’s attention, and that is why she called me. She said she was a graphic artist and a writer and was ready to lend her time and skills to help me further the new style of Reiki I was teaching.

During this time, I was teaching classes on the Caribbean island of Curacao, and Laurelle was visiting her parents in Florida, so I stopped by to see her on my way back to Michigan. After this, she began organizing classes for me to teach in Florida, which she attended, and, in this way, became more familiar with my style.

Prior to this, I had created a Center Certified Reiki Master Teacher program, which was the forerunner of our current Licensed Reiki Master Teacher (LRMT) program.(2) After taking all the classes, Laurelle taught her first Certified class in the Fall of 1994. Shortly after this, she began managing our Certified Teacher Training program.(3) This provided relief for me as it was a lot of work to travel, teach, and manage a growing training program.

Laurelle proved to be a competent leader. Being naturally loving and kind, she was a good Reiki healer. She was also clairvoyant, and able to see inwardly what a client needed and watch as the Reiki energy directed itself in the healing process. Laurelle was also an accomplished writer and began providing regular articles for our Reiki Newsletter and then when it came out, for the Reiki News Magazine, under the name of Laura Ellen Gifford and later used the name Laurelle Shanti Gaia and then Laurelle Gaia.(4)

While she had many gifts, I believe her major contribution was directing the teacher training program. Being guided by the wisdom of Reiki, she knew what each new teacher needed to improve. While she was gentle and kind, she could also be stern and direct. She always spoke with love, but also had definite boundaries beyond which she did not allow her trainees to cross. Under her caring hand, the program developed into a three-year process considered one of the most thorough and well-thought-out Reiki training programs available. New teachers continued to enter the program, and by the Fall of 2000, we had 15 Certified Teachers, and by the time she retired in 2015, there were over 30 people in the program.

These may not seem like large numbers, but one must consider that this is an advanced program, and that most Reiki teachers follow a much simpler path that involves far less training. In addition, this is not a program we actively promote. Instead, students decide on their own if they want to enter the program.(5)

In 1998 I moved the ICRT offices from my home into its current office/warehouse. However, in the beginning, my ability to attract appropriate people to answer the phones and fill orders was still in the developmental stages and most likely because of this, after a year or so at the new location, all my employees quit without warning. So, there I was, needing to travel and teach classes with no one to work in the office. I called Laurelle, told her about my plight, and she quickly responded by flying up to help run the office. She also asked a friend of hers, Michael Baird, to come and help too. Together, they were able to keep the business going while I went out to teach classes and earn the money needed to pay the bills.

That was certainly a lifesaver for the ICRT. I marveled at how everything just fell into place to keep the business going. Laurelle pointed out that not only were she and Michael dependent on the ICRT staying in business to keep their Reiki businesses going, but so were many other Reiki Masters. So, because of this, they were strongly motivated to help.

During this time, they stayed at my home. Laurelle stayed in the front bedroom, and Michael was sleeping in the living room. Occasionally, I’d come out to use the bathroom and walk by Michael, asleep on the sofa. Then one night, I came out and noticed, no Michael. I wondered what happened and thought perhaps he and Laurelle were getting to know each other better. Later, I learned that they did have something developing between them. It seemed kind of humorous, and also endearing, to know that this had happened, at least in part, out of their love for Reiki and for me.

Eventually, I hired new people, and Michael and Laurelle trained them before going off to enjoy their new relationship. They briefly lived in Louisville, Kentucky, then moved to Buena Vista, Colorado, and finally to Sedona, Arizona where they expanded their Reiki Center.

Once, I was with Laurelle and a few of the other teachers, and we were hiking in the Sedona area. We were hiking up a butte, which was somewhat difficult, and I got to the top first. Laurelle was behind me, having taken a more difficult route. She was struggling to get up, and I told her several times it wasn’t the route I had taken, but she just kept saying, “But I know I can make it up here.” So, I sat and watched as she kept slipping back over and over, but just kept trying slightly different ways until finally, she made it up—triumphant! One thing Laurelle had was dogged determination.

In July 2015, Laurelle had a stroke and was in a coma for 18 days. (Surprisingly, this is the same time I had to enter the hospital in Hawaii with atrial fibrillation.) The doctors told Michael that even with surgery, Laurelle only had a 2% chance of survival. Michael had to decide what to do. He put out a request for people to send Reiki to Laurelle and her situation. Then he went within and asked Reiki for guidance; Michael was guided to focus on the possibility rather than the statistics. It became clear to him that the doctors couldn’t provide a medical reason for Laurelle being in a coma. Her MRI scans showed nothing that would dictate her comatose state. He then realized that while Laurelle had a 2% chance of survival, there was 98% of possibility that wasn’t being accounted for. Michael opted for the surgery.

Hours after the surgery, Laurelle woke up. Upon seeing her alert and responsive state, the nurse assigned to Laurelle’s bed called all of the other nurses in the ICU so that they could come and see for themselves. As the nurses gathered around her bed, Laurelle’s nurse leaned in and asked Laurelle if she could hear her. Laurelle, not yet able to speak, shook her head yes. At that point, one of the nurses staggered back against the wall in astonishment and exclaimed, “You’re my first miracle!”

In the months to come, Laurelle had extensive rehabilitation and learned to walk and talk again. Another surprise happened after I had open heart surgery in September 2015 in Phoenix, Arizona and entered the same rehab hospital that Laurelle was in, and was able to talk with her briefly! Laurelle was blessed with three full years to rehabilitate and learn from her experience. She was able to share many more laughs with Michael, watch her grandchildren grow, attend her son’s wedding, and teach Reiki alongside Michael again. However, in November 2018, she had a second stroke in which she lost most of her ability to speak, though she could still communicate. Over time, her condition slowly worsened until she required 24-hour care at home. Even so, many people could feel her spiritual presence during Reiki classes and at other times. I recall her being present at the 2019 Reiki retreat. We had a meeting for everyone who was interested learning about our LRMT program. Her spirit was there, watching over what we were doing and sending Reiki as she wanted to be sure the LRMT program would continue.

And continue it did, even though it required three people to do the same work that Laurelle had been doing. And in fact, no one knew how much she had been doing until others had to take over her job.

Laurelle passed to the other side on March 12, 2021. I, and others I have spoken to, can see Laurelle on a higher plane surrounded by angels. She is lovingly looking down to those of us on Earth, continuing with her healing work, and sending us blessings of joy and happiness. I also noticed that Duff Cady is there with her. Duff is another of our licensed teachers who passed on a while ago. So, perhaps this is the fate of many of us who practice Reiki; to continue with our healing work even after we pass on. It appears to me that as this continues to occur, this amazing bridge will continue to develop and bring the blessings of the higher realms even closer to those of us who remain on Earth.

We love you, Laurelle. We are so happy you played such an important role in our lives. May you be blessed by the beauty of Reiki as you continue to live in its amazing grace.

This is the complete article that appeared in the Summer 2020 issue of Reiki News Magazine.

1 This format was introduced to the West by Mrs. Takata.

4 She wrote over 60 articles and we are in the process of placing them into a book.