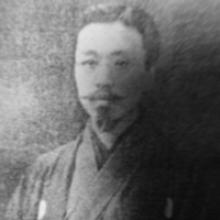 Mataji Kawakami
Q. Was Mikao Usui Sensei the originator of Reiki as a healing method?

A. While we honor Usui Sensei as the originator of Usui Reiki Ryoho, he was not the original person to begin using Reiki in this way. And in fact, during the time he developed his healing method, there were already at least four other Reiki healing methods in use in Japan. One of them was called Reiki Ryoho and was developed by Mataji Kawakami in 1914, eight years before Usui Sensei developed his healing method. Furthermore, in 1919, Mataji Kawakami wrote a book titled Reiki Healing and Its Effects, and it is possible that Usui Sensei read this book as it is interesting that he referred to his healing method using the same two words except to add his name to it. This information comes to us from Hiroshi Doi Sensei and Toshitaka Mochitzuki Sensei.

Q. Is Reiki a system in which the energy is whole and complete in its current form or is this energy something that has a higher potential and can be developed further?

A. According to Hiroshi Doi Sensei who is a member of the Usui Reiki Ryoho Gakkai, which is the Reiki organization Usui Sensei started, the most important thing for a Reiki practitioner or teacher to do is to continue to develop the quality and effectiveness of one’s Reiki energy. Usui Sensei believed that Reiki energy could continue to be developed and one of the methods he recommended to do this was for a student to receive as many Reijus or attunements (also called Placements or Ignitions) as possible. In addition, Usui Sensei asked Chujiro Hayashi Sensei to develop Reiki further, which he did by developing the Reiju process.

Q. Is Usui Reiki the only system of Reiki available or are there other systems?

A. Yes, there are other systems. One of them is called Usui/Holy Fire Reiki and was introduced to me in part because of my acceptance of the idea that ever higher and more effective Reiki energies are possible. To read about what people have said about Usui/Holy Fire Reiki, please click here.